THE FIGHT AGAINST POLITICAL HYPOCRITES…..

Mary Harney (PD) .
When this female millionaire was State Minister for Health in 2006 she declared – “No one , particularly no older person , should sleep overnight on a trolley in a hospital corridor . I am determined to put an end to that for good . People who need to be admitted will have beds , not trolleys , and the basics for human dignity . This will be put in place in the coming months.”
It still hasn’t happened . Not surprising when you consider that since 2005 the total number of new hospital beds provided by the State for sick people is ten (10) ! 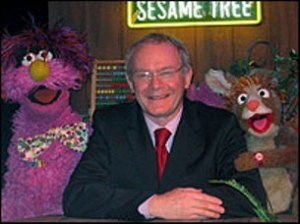 Martin McGuinness (centre!) , British politician in the Six Occupied Counties of Ireland.
“I can give a commitment on behalf of the leadership that we have absolutely no intention of going to Westminster or Stormont……I reject any such suggestion and I reject the notion that entering Leinster House would mean an end to Sinn Fein’s unapologetic support for the right of Irish people to oppose in arms the British forces of occupation……the war against British rule must continue until freedom is achieved……don’t go my friends. We will lead you to the republic.” (From here)

We would deeply appreciate any assistance you could give us in our fight against these , and other , political hypocrites…..
Thanks!
Sharon.