THE TROUBLE WITH HARRY /CIA SLAMS IRISH JUDGE / FIGHTING BACK – HEROIN IN DUBLIN.

‘Incident Number 20’ : A British Army patrol was fired on and one British soldier was hit on 14 July 1981 when walking down the Falls Road in Belfast.

RUC Constable Allen gave evidence as to maps of the area , then RUC Constable Holmes gave evidence about cartridges being found at the scene. Six British Army Marines were also called to give ‘evidence’ . Harry Kirkpatrick had said in his deposition that Gerard Steenson and Paddy McAreevey had fired at that British Army patrol , even though Kirkpatrick had not taken the stand in court at that stage.

It then emerged that the forensic scientist had not made up his mind as to what type of gun had fired the shots until after Kirkpatrick had related the incident to the RUC. The British Army Marines had made statements saying that high velocity shots had been fired at them , that they had intensive training in this area and knew what they were talking about. But now at the ‘trial’ they weren’t so sure…….
(MORE LATER). 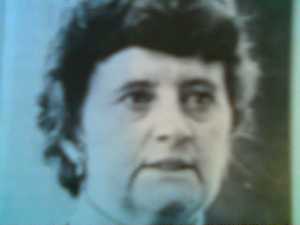 The FBI farce continued and the documentation reached Tolstoian proportions . The San Francisco FBI wrote to the FBI Director to congratulate themselves “…on the superior handling of this extremely difficult assignment..” and they mentioned “…the exemplary performance of an extremely delicate assignment in a hostile environment..” , resolving that they would “…submit recommendations for recognition of the outstanding performance of the FBI agents involved..” .

This “outstanding performance” involved crossing a room to hand some paperwork to Mairín de Burca ! One could only imagine the self-congratulation if those FBI agents were to , say, organise a break-in at the Watergate Hotel…

Anyway – much of the files of any intelligence agency are made up of non-classified information , which the agency involved simply gathers together from a multiplicity of commonly-known facts , in order to make available to government policy makers a context in which to make its decisions. Such facts are gathered from newspapers , informants , agents’ deductions and the noting of speeches by various people…….
(MORE LATER).

A few months ago , after a drug pusher claimed she had been intimidated , the gardai arrested independent Leinster House member Tony Gregory, (Provisional) Sinn Féin’s Christy Burke and five other community activists. They were all released without charge when they refused to answer questions. The apparent reason for this garda behaviour is based on their opposition to any socially-involved community movement which is outside their control.

The gardai have cynically used the drugs crisis as a pretext for more legislation and the setting-up of ‘neighbourhood watch’ schemes , which are little more than an exercise in snooping and which the gardai probably hope to extend in due course to include keeping an eye out for political ‘subversives’ .

In contrast , the ‘Concerned Parents Against Drugs'(CPAD)group have refused to hand over the names of addicts or pushers to the gardai and have relied – with some considerable success – on community pressure alone to cope with the activities of pushers. However , the pushers themselves , knowing that the gardai would turn a blind eye , have on occasion attempted to intimidate the CPAD group…….
(MORE LATER).