” Becoming part and parcel of the British war machine in Ireland means growth of ‘National Security’ policies as in Third World oppressive regimes to cope with economic bankkruptcy and popular unrest.

More resources are given to the so-called ‘security forces’ as the economic and social cutbacks imposed on the poor become more severe. The spate of huge new Garda Barracks being built throughout the 26 counties is one sign of this , the re-arming of the Free State Army is another.

The manipulation and censorship of the media , so that it operates solely in the interest of the status quo is a crucial factor in all of this. To illustrate this point we can simply point to the numerous media reports of those people leaving East Germany during the last year while we search in vain for probing television investigations into the emigration crisis from the island of Ireland throughout the 1980’s – 300,000 of our people , young people predominantly , from North and South , forced out of their homeland to become stateless persons in New York or London….”
(MORE LATER). 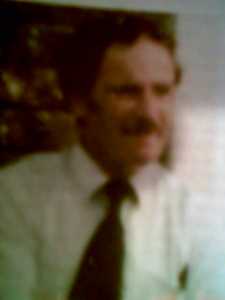 BETRAYAL…….
The (State) Gardaí used John Corcoran (pictured) as a (P)IRA informer. They allowed him to be killed by another (P)IRA informer, and have since refused to investigate his murder*.
From ‘MAGILL’ magazine, Christmas Annual 1997.
By Ursula Halligan and Vincent Browne.
(* ‘1169…’ Comment – their word, not ours.)

A senior garda officer , conversant with the garda inquiries into the case , has acknowledged to this magazine that Sean O’Callaghan’s “admission” of involvement in the murder* of John Corcoran was passed on to the gardai nine years ago (in 1988) by the RUC , who had interrogated O’Callaghan about his involvement in the murders* of two RUC men in the North – O’Callaghan was convicted and sentenced to a term of imprisonment for these murders* but he was released early in 1996.

This senior garda officer was unable to explain why the gardaí had not sought to interview O’Callaghan about the Corcoran murder* while he (O’Callaghan) was in jail in the North from 1988 to 1996 . He claimed that the gardaí had been trying to contact O’Callaghan since his release from jail , in late 1996.

The senior garda officer was also unable to explain why the gardaí had not even telephoned O’Callaghan since then , apart from claiming that the gardaí did not have O’Callaghan’s telephone number in Britain ! But O’Callaghan’s mobile-phone number in the UK has been widely available to journalists in the last several months , and he has been readily available for newspaper , radio and television interviews since his release from jail a year ago…….
(MORE LATER).

TRADE UNIONS AND THE HUNGER-STRIKE…….
From ‘IRIS’ magazine, November 1981.

During the Portlaoise hunger-strike in the Free State – which ended after 47 days on Good Friday 1977 – the ICTU executive issued a statement calling upon the Fine Gael and Labour coalition administration to agree to a just settlement of the protest by conceding the prisoners their demands and the ICTU itself, through some of its executive members , was also active in pressing behind the scenes for a settlement.

The hunger-strikers had been protesting against constant harassment by warders and gardaí – including unnecessary strip-searches – and what they considered to be the authorities’ efforts to claw back on original concessions made to the political prisoners when they were detained in Mountjoy prison, Dublin , in 1973. These prisoners have enjoyed the demands sought by the present H-Block hunger-strikers since 1973…….
(MORE LATER).