Over 100 four-course dinners were served to the Irish Republican men and women who had travelled from all over Ireland , England , Scotland , Wales and America , to the Academy Plaza Hotel in Dublin , to show their respect to the 2010 CABHAIR Honorees – Joan Kennedy (Cork) , Pádraig MacMathúna (Clare) , Leo Martin (Belfast) , Paul Stanley (Kildare) and Bart Gormley (Galway). The meals were served in a ground-floor lounge area , after which we retired to one of the basement function rooms for the actual presentations , speeches , drinks , raffle and chit-chat !

Each presentation was preceeded by a few words from the Chairperson , Dan Hoban, Mayo, who outlined part of the reason why CABHAIR had picked that particular person as worthy to receive the blessing of the Republican Movement , and some of the stories re-lived during the comments delivered by Dan – to loud cheers from the audience ! – are best not repeated here! The bar was kept very busy , with a good few of the CABHAIR guests deciding instead to take the lift up to the ground floor for quicker service, and it seemed that each such ‘traveller’ returned to the function with a recently ‘lost’ friend , as extra seating had to be quickly obtained by the CABHAIR ‘bouncers’ present !
RSF President , Des Dalton , gave a rousing speech , during which he thanked the CABHAIR Honorees for their service to Irish Republicanism , and gave notice of a few up-coming events , including the Saturday May 29th 2010 March and rally in Belfast in support of Irish Republican POW’s – this rally will be assembling at Dunville Park and will make its way to Castle Street . A loud cheer was given when Des stressed that no ‘permission’ from the British had been applied for , nor would it be, for this event.
There were six prizes on offer at the raffle : two framed and etched Republican mirrors , one bodhron, two bottles of booze and one ‘Irish Freedom Press’ gift voucher , to the value of €30. Needless to say, this blog walked/stumbled away (at 3.30am!) empty-handed ! Like all of those present , we met , had dinner , drinks and talked with old friends , colleagues and comrades , and we’re told one of us (!) made a right show of herself on the dance floor…
We publish 20-odd* pictures from the night with these few paragraphs ( * – lost count. Still mentally on the ‘dance floor’! ) , some of which are ‘not the best’ : we still haven’t mastered the fine art of holding a camera , focussing it and taking a good picture with one hand , whilst holding pints of cider with the other hand , and carrying a few other such pints under the belt !
By the way – the last ten pictures (again –* !) are specially for our friends in New York , New Jersey , and Boston , amongst other American cities , and have nothing at all to do with the fact that we here at this blog are saving our cents in the hope of a US holiday. Cheap , or FOC digs, mean that 5th Avenue will see more of us 😉 ! 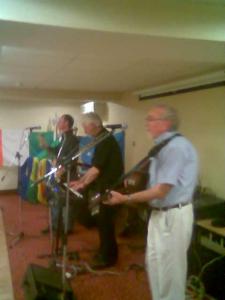 The group on stage. 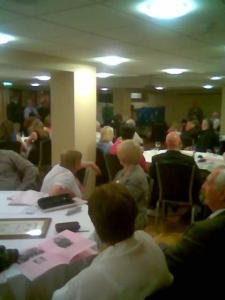 Some of those present at the 2010 CABHAIR Testimonial , 22nd May , Dublin. 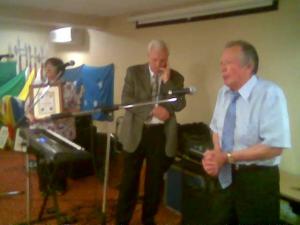 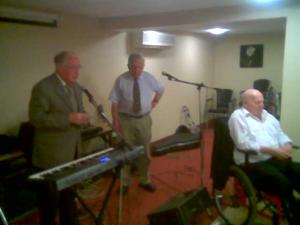 On behalf of Paul Stanley…

Section of the crowd. 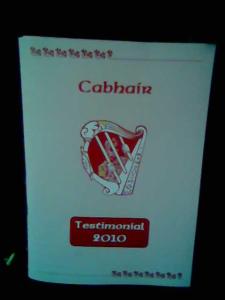 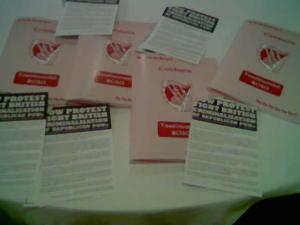 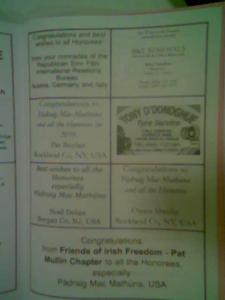 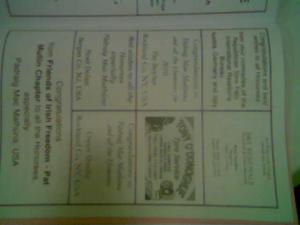 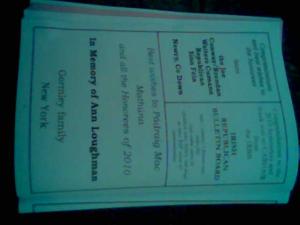 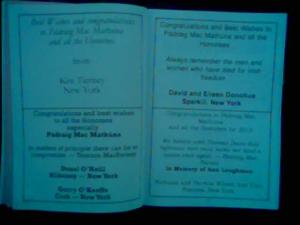 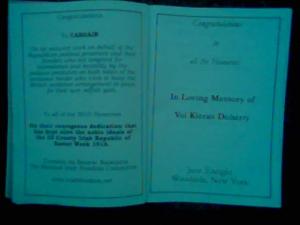 The CABHAIR organisation is to be congratulated for the principled manner in which , as usual , it honoured those at this years Testimonial , for the organisational skills which were very much evident , and for the professional manner it handled all aspects of the function. It is one of the annual pleasures that we on this blog are thrilled to attend , knowing in advance that a good evening (and morning!) are in store. And we weren’t disappointed !
Thanks for reading – and, again, apologises for some of the pics. We’re only going to drink glasses next year. Promise…
Sharon.