Practically standing-room only in the 79’r Pub in Ballyfermot , Dublin , last night , for the fund-raiser for the families of the CABHAIR-supported Irish Republican prisoners in Maghaberry and Portlaoise Prisons. Three musicians – Paddy Sweeney , Pato Cullen and Peter Kearns – kept the crowds entertained and on their feet with the Irish rebel songs which , between them , they delivered from the stage for well over three hours. The packed house was welcomed by one of the organisers at the start of the night ,and was given an update on the conditions endured by the POW’s in Maghaberry : regular strip-searches, inhumane facilities re their toiletries requirements , 23-hour-a-day lock-ups , no gym or exercise yard access and constant harassment of visitors. A loud cheer was raised when it was mentioned from the stage that a protest march for the Prisoners will be held in Belfast next Saturday , 7th August 2010 (1.30pm , Dunville Park , and march to Castle Street) at which , amongst others , an ex-Blanketman will be delivering a speech. It was also mentioned that , next Sunday (8th August 2010) another CABHAIR-organised event , for which over 600 tickets have already been sold , will be held in Dublin.

Ten raffle prizes were offered , and won, on the night : a Bodhrón (pictured above) , two framed mirrors (‘Bobby Sands/1981 Hunger-Strikers’) three Republican books (‘Between Comrades/James Connolly/Great Irish Speeches’) a 16-inch by 12-inch GPO Print , ‘Political Status’ T-Shirt, a bottle of ‘Jameson’ Whiskey and – a top of the range Morphy-Richards ‘Coffee Maker’ machine , which was very kindly donated by Liam S.,whom,it is rumoured, used a similar liquid to keep himself awake in 1966 😉 !

We include a few photographs of some of the crowd at this function , and the raffle prizes which ten of their number won on the night –

Two of the three books won on the night , and…… 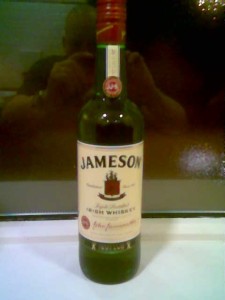 A bottle of ‘Jameson’ whiskey , which should only be used in conjunction with….. 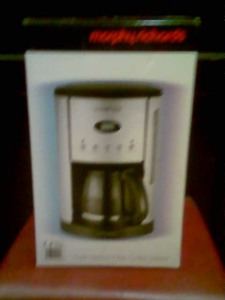 …..the Coffee Maker! This prize was donated on the night by a man who is very special to all who know of him…!

– another view of some of those in attendance.

We had a fantastic night (and morning!) at yet another extremely well-organised CABHAIR event , at which a sizeable amount of money was raised and will be passed-on to the families of the Republican Prisoners which are supported by that organisation. Thanks to Frank , Robbie , Paddy E. , Pat and Barney and the crew for the Security work , Cathy and crew for the raffle ticket sales and to the staff and management of the Pub. And , again , to Liam S. for helping all of us – and the winner , in particular – to sober up afterwards!
Thanks!
Sharon.