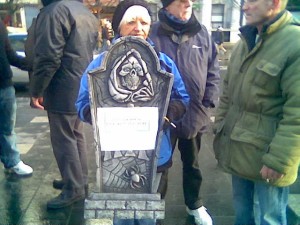 More photos from the protest in Dublin – other pics re same can be seen on our ‘Main Site’ , ‘1169 And Counting…’ , post dated Sunday 28th November 2010. (Thanks to TC for the camera work – much appreciated!)

Three photographs showing photographers on the roof of a building facing the GPO : we know RTE and BBC had a camera crew there , and some newspapers were also present. However, we also know that at least two Special Branch photographers were there, as well- 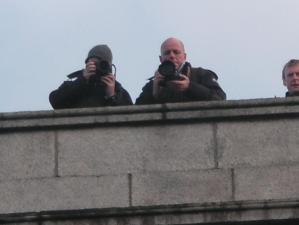 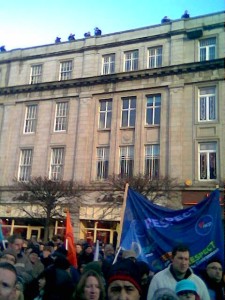 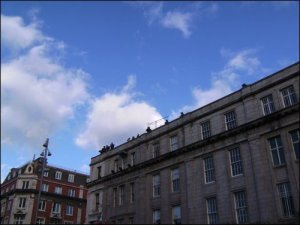 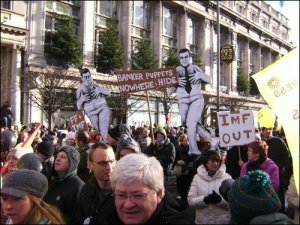 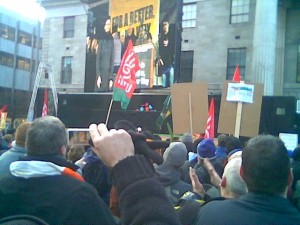 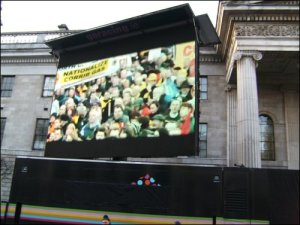 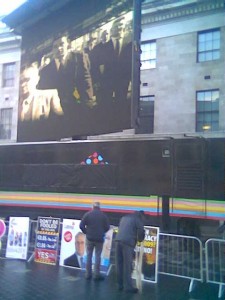 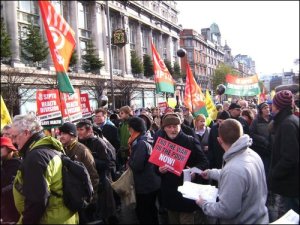 RSF leaflets being distributed to the crowd. 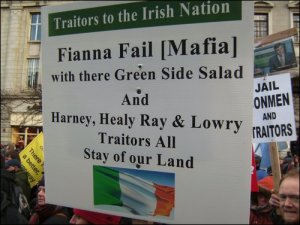 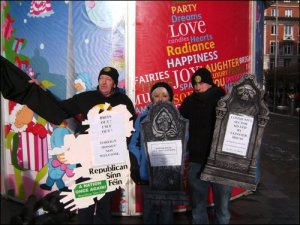 Three of the many Irish Republican supporters who took part in the protest.

In our opinion , the next trade union action must include an all-out strike on at least one day every week , with the strikers being bussed into the main street of the nearest large town for a sit-down protest, until such time as the IMF/EU ‘Assistance Package’ is defaulted on : once this is secured, the trade unions involved – ICTU affiliated or not – should keep the pressure on until the useless gombeen politicians and bankers etc that are responsible for bankrupting this corrupt State are made to resign , apologise and pay-back the billions which , between them , they looted from the citizens of this State.
However , as the trade union leadership are , for the most part, in the pockets of the politicians , that will never happen , voluntarily , but we should keep trying : those steps, whilst being a welcome start, are not in themselves a long-term solution : for that , we must look elsewhere.
Thanks,
Sharon.