(CABHAIR Swim update : a freelance photographer took these pics at the Swim on Christmas Day last.) 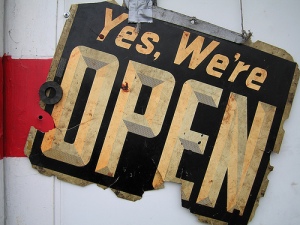 We had a wee bit of a breather , although we were kept busy enough with the CABHAIR Swim which , due to the heavy snow and ice, was particularly difficult for the Organisers (and the Swimmers!) – but , and full marks to them , they managed to do a great job!
Our last ‘3-in-1’ -type post can be read here,with the following being the continuation of same :

Professor Alan Browne , professor of obstetrics and gynaechology at the Rotunda, is still a nominal member of the Committee but is not attending due to other commitments. All of the members of this ‘Ethics Committee’ were invited on at the request of Dr Darragh.

In general , all drug trials take place under an informal agreement between the drugs industry and the State Department of Health , but there is no legal basis for this agreement. However, just over a year ago , the State Department concerned said that there was legislation pending to cover the area of clinical drug trials , but did not state what shape that legislation would take – whether or not it would follow the legislation in Germany or the United States…….
(MORE LATER).

” While he was in Justice , Mr Haughey was a dynamic Minister , a joy to work with , and the longer he stayed, the better he got. There is a mystique all its own in the departmental establishment and the ways in which policies are formed and implemented , but Mr Haughey learned fast and was in complete control of his Department from the outset.

He did not interfere in minor details but where political kudos or political disadvantage might arise he was sharp as a razor. At the time of his becoming Minister for Justice the Department had been bogged down for quite some time , primarily through lack of adequate finance. Successive Ministers for Justice had failed to get the necessary monies from the Department of Finance but Mr Haughey proved very adroit at extracting the necessary financial support.

In a ten-point programme drawn up in his first month in office he pinpointed the crushing of the IRA as a primary objective and he re-activated the Special Criminal Court by filling vacancies caused by retirements or deaths. By February 1962 , the IRA had had enough and issued an order to “dump arms” , to which Mr Haughey responded by declaring an amnesty and releasing all IRA prisoners then in jail , including six members of the IRA Northern Command…….”
(MORE LATER).

“My Dear Brothers and Sisters.
Now that I’m about to part from this world, I ask you for one favour – be kind and good to Father and Mother, and never dishonour the Cause for which I die – a Free and Independent Ireland. I bear no ill will to any person. Fond Sisters and Brothers, pray for me. Good-bye forever….”

-Curragh Camp Prison, 18-12-22.
Letter of Paddy Nolan to his Elder Brothers and Sisters.

“Dear father and Mother, – I am writing my last few lines to you. I am to be executed to-morrow morning, and I hope you will bear it with the courage of an Irish Father and Mother. I am proud to die for the Cause I loved and honoured, and for which I give up my young life.
Six more of my comrades are to be executed. We have all been to confession and Holy Communion. Father ______ told us we would go straight to Heaven, so do not worry.

Dearest Mother, there are a few pounds in my suitcase, you can have them, or anything else in the house belonging to me.
Loving Father and Mother , good-bye for ever, – Your fond and faithful Son….”
-Curragh Camp Prison, 18-12-22.
Letter of Paddy Nolan to his Father and Mother.

“Dear Jimmy,
I hope you and Willie are well. Tell all the boys and girls I was asking for them. I am writing to my sister and father. I am to be shot in the morning, 19th December, at 8.15. Mind Mary and do what you can for her. I know this will nearly kill her. We had a priest who heard our confessions. We are all here, seven of us – Johnston, Mangan, White, Moore, Nolan, Connor, and I. We are all to go “West” together, so don’t forget to pray for us. I know you and Willie will be sorry, but it is all for the best, and I hope it sets old Ireland free. We are not afraid to die……”
-Hare Park Prison, 18-12-22.
Letter of Patrick Bagnall to his Uncle.

The history behind those letters can be viewed here. As I said elsewhere , this rotten , corrupt and morally and politically bankrupt so-called ‘republic’ is not what those men fought and died for.
That Republic , although declared and formed , has yet to be re-established.
(Thanks to ‘Jimmymac’ for assisting with this post.)
Thanks for reading ,
Sharon.