BRIT PARAMILITARY GANG IN DUBLIN / SIPTU HYPOCRISY ON THE MARCH IN DUBLIN.

UPDATES RE ‘RUC IN DUBLIN’ AND ‘SIPTU IN DUBLIN’.

The Republican Sinn Féin-organised protest to be held on Friday 25th November 2011 against the presence in Croke Park , Dublin, of a football team comprised of members of the RUC (also known by their new terror-tag ‘PSNI’) , an armed British paramilitary ‘police force’ in the six north-eastern counties of Ireland , will be held at 3pm outside Quinn’s Pub , as per this RSF Press Release :

A spokesperson for Republican Sinn Fein said the decision by the GAA to host a match between the RUC and the Gardaí in Croke Park shows that the GAA is once again being used to normalise British Rule in Ireland.
The meeting of the RUC/PSNI v Garda Siochána for a match on Friday November 25 is a ‘private event’ according to Croke Park. The fact that the match has to be played ‘behind close doors’ shows just how abnormal and indeed how unwelcome it is.
Republican Sinn Fein opposes British occupation in any and all parts of Ireland. The PSNI, RUC, call it what you will, with its inherent sectarianism and bigotry, police that occupation.
Republican Sinn Féin will hold a protest against the presence of the RUC/PSNI in Croke Park on Friday 25. We will assemble at Quinn’s Pub in Drumcondra at 3pm and we call on all those who object to British occupation in our country to turn out and support the protest.” 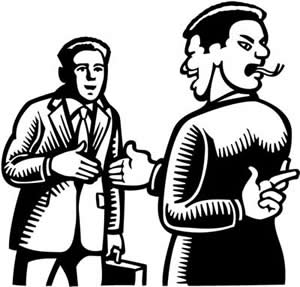 SIPTU , the trade union who are organising a protest march this Saturday (26th November 2011) against the cutbacks to be implemented by Fine Gael and Labour this coming December is the same organisation which , in January and February this year , urged its members and supporters to vote for those same political parties !
“SIPTU asked its members and supporters to vote for the Labour Party because it – “….cares about workers and will strive to protect our interests in the difficult times which most certainly lie ahead……cares more about the citizens of the country than about bond markets and big business….” “. (From here.)

After they got into power in Leinster House by promising ‘no more financial hits against employed and unemployed workers’ , State Labour Party leader Eamon Gilmore stated – ‘On the issue of welfare cuts, (Gilmore) said there was no avoiding the fact that welfare expenditure had to be reduced. Asked about his commitment in June (2011) not to cut welfare rates, he said that what he was doing at the time was repeating what was in the programme for government…’ – “Sometimes these things are often misinterpreted ” , he said…..’ .
(From here.)

Your presence on a SIPTU-organised protest march next Saturday (26th November 2011) against Fine Gael/Labour cutbacks will most definitely be “misinterpreted” by SIPTU as ‘support’ for their so-called ‘opposition’ to those two political parties despite the fact that SIPTU called for support for those same two political parties only a few months ago !
After you hang-up in disgust having told Croke Park what you think of their invite to a Brit paramilitary gang , you might like to contact SIPTU Head Office (Phone 01-8586300, Fax: 01-6865567) to tell them what you think of their support for a State political gang…..
Thanks for reading,
Sharon.