THE MURDER OF JOHN CORCORAN – 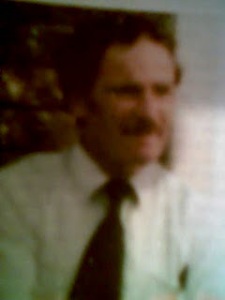 MR. DICK SPRING :
” Does the Minister believe that ?”

MR.JOHN O DONOGHUE :
” However, this investigation is hampered by the continued absence of the person released from prison in Northern Ireland (sic) in 1996 from the jurisdiction.”

MR. DICK SPRING :
” I will bring him to the minister.”

MR. JOHN O DONOGHUE :
” I can fully understand the distress which has been caused to the family of the victim in this case. They have endured an ordeal of ignorance about the circumstances surrounding the summary execution of a husband and father. The continuing drip-feeding of information and speculation has not helped. I assure the deputy that I intend to ensure this uncertainty is brought to an end as quickly as possible. I will keep in close contact with the garda about the progress they are making in bringing their investigations to a conclusion.”

MR. DICK SPRING :
” That reply is an absolute disgrace.” 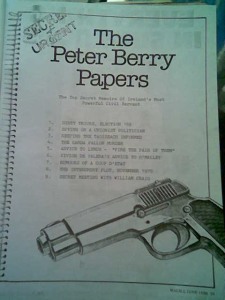 ” I was at Mount Carmel at 8.45am to meet the Taoiseach in order to show him Mr. O Morain’s room ; the Taoiseach had phoned me late on the previous evening (Sunday) to be there, saying that he intended to settle matters. Afterwards, before he entered his car, the Taoiseach said to me ‘he will go quietly’ , and then asked if I thought that Mr. O Morain would recollect his conversation with me on 13th April and I said that I did not think so , that on that day after his journey from Mayo he seemed to be in a fuddled condition. The Taoiseach told me that he was coming back in the afternoon to receive Mr O Morain’s formal resignation in writing.

On numerous occasions in the Dail the Taoiseach was to say that he had known nothing before the 20th April – see for instance Vol. 246 No. 7 Col. 755 : ‘The first indication I got was on Monday 20th April. I do not know what the deputy is relying on for asserting ortherwise…’

” At about 2.00am the Taoiseach phoned me to tell me of Deputy Cosgrave’s disclosures to him and of his decision to dismiss Mr Haughey and Mr Blaney from the Cabinet. We surmised as to the source of the leak but by that time it would have been a miracle if the rumours had not percolated through the persons outside official circles. There was a persistent rumour that the matter had been discussed at a meeting of Government on Friday , 1st May , and if that were so it would not surprise me in the least if the matter were leaked from there as one Member , in particular, had shown , again and again, that he was incapable of resisting temptation to air his knowledge. But the Garda investigations in following days indicated another source , without positively establishing it…….”
(MORE LATER).

For most of us in Ireland , the ‘Master’ has changed over the above-mentioned years but all that has really changed is that we have seen one arrogant bully ‘leave’ and a native one take his place : the owners of the ‘Big Houses’ have moved , attitude intact, into the one ‘Big House’ – Leinster House , in Kildare Street , Dublin.
This native ‘Toff’ , a ‘poacher turned gamekeeper’ , has decided that they , too, should be entitled to the best of everything, with little or no effort on their behalf , whilst offering nothing in return for their ‘keep’. In order to maintain their lifestyles , they are bleeding not only the working and non-working population dry but are thieving whatever natural resources they can get their fat-fingered hands on and selling it to the highest bidder in return for personal ‘donations’.
And , unfortunately, rather than take them on , challenge and stop them, most people take the view that it’s easier – less hassle – to just leave the country and try and start a new life in a society that will treat them with some respect. And, in our opinion, that’s a shame , and it’s the wrong choice : the native ‘Toff’ , morally , financially and spiritually self-‘insulated’ from those he/she looks down on – and surrounded by a legal and ‘security’ barrier (ironically paid for in taxes by those at the bottom of the heap) has feet of clay and stands on a weak foundation. They can be toppled , but not from a distant shore. To quote Oscar Wilde : “The development of the race depends on the development of the individual , and where self-culture has ceased to be the ideal, the intellectual standard is instantly lowered and , often, ultimately lost.”
We , as a people, haven’t quite “lost” it , yet – but we’re getting there. 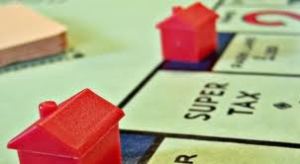 The following email is ‘doing the rounds’ re this €100 tax :

‘Household Charge – how to LEGALLY avoid paying it-
You don’t have to legally pay Household Tax!!- You wont get a bill because the charge is a Statute. People need to understand this: A Statute is a “legislated rule of society given the force of law by the consent of the governed.”(Blacks Law Dictionary 4th edition).
Who are those it governs? Us, the public.
This household charge is a Statute, otherwise known as an Act of Government and only carries the force of law upon you if you consent to it which means that your legally
obliged to pay if you consent or in other words register(for it).If you do not consent, a Statute cannot affect you in any way whatsoever. The courts know this and the last thing they will do is tell you. In fact they will hide this from you at every opportunity they can. On the other hand, if you tell them, they will accept it because they know it is actually true. According to the above definitions a statutory instrument is a contract. If you register for this “charge” you are consenting to this statuate ie: signing the contract. This is why the Government are ASKING the people to register and not just billing them instead.’

From the point of view of those of us who run this blog , whether this new tax is a State “Statute” or not is immaterial , as we have no intention of paying it anyway but , for those who have been wondering if they can ‘get away’ without having to pay it , the above email might just help to strengthen their resolve. Or , then again , of course, this new tax might just be ‘the straw that breaks the camel’s back’ for some of our readers and , as per our ‘Big House’ post , above , finally ‘convinces’ them that their only choice now is to flee the State. Granted , that is an option , and one which will ensure that you don’t become ‘liable’ for this new tax , but at a much higher cost, all things considered, not least to your self-respect. For those thinking along those lines , we would ask that you re-consider and ask yourself if, as a younger man/women in, for example, school , the fact that you might have been able to outrun the bully didn’t guarantee that that bully would stop harassing you , did it ?

….I have been asked by an RSF Comhairle Laighean rep to kindly make myself available this coming Saturday , January 28th , for about two hours , to assist with the distribution of what remains of the 2,000 leaflets which that body produced for the annual ‘Bloody Sunday’ Rally in Dublin : of course I agreed and, if you can make it , please do – and/or spread the word about this Rally. This British massacre occurred almost forty years ago to the day and should never be forgotten.
Thanks for reading,
Sharon.