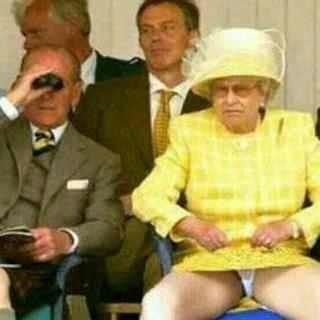 ……who has directly voiced opposition to any contact with this British ‘queen’ until such time as a British political and military withdrawal has been obtained ! *


Check back with us tomorrow for this EXCLUSIVE !!! article – or read about it later in the newspapers……


(*…..or at least until she starts wearing trousers..)

A mother of three and a political activist , living in Dublin , Ireland.
View all posts by 11sixtynine →
This entry was posted in History/Politics. and tagged British Queen, handshake., McGuinness, meeting .. Bookmark the permalink.