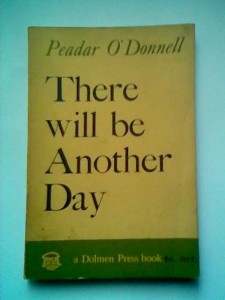 Within this overtone of gloom there is an alert, furtive world where men parade their vanities, indulge their truculence, bully, fawn, curse, pray ; a side-of-the-mouth existence that is unsettling. I wandered through that strange world questing, and questioning. Prisoners like having a Republican loose among them, and they say warders behave better when we are around. For their part the warders and I talked freely and they gave me word etchings of some of the prisoners that were revealing both of warder and prisoner.

The little vanities that make men important manifest themselves in a sharpened way in jails. I once hurt a young man very much by advising him to give up his silly practice of pinching things from motorcars, and other light-fingered exercises of which he boasted, on the grounds that no man should choose such a way of living unless he had gifts that would enable him to excel in it.

He could never excel in this trade, for he had not the cold nerve it called for and I was startled when he broke down and cried. My pal among the prisoners was a shapeless, poor body, so twisted by his deformity that all he had to do was sit on the pavement and money fell from heaven into his cap – he told me he took as much as thirty pounds on the day of an All-Ireland final and, once I got my ears sharpened to his half-articulated words, I often hunkered beside him to probe into the strange world of the beggar. I came on him only once afterwards in the outside world : he was sprawled on the footpath beside his cap, his pushed-out eyes fixed on me, but he did not let on to know me until I squatted down beside him, and then his whole body danced and he beat the kerb with his hand. It was just that he was glad to see me.(MORE LATER).

THE WRONG ARM OF THE LAW…… 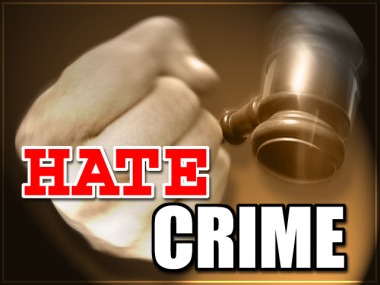 Roisin McConnell claims she was abused, called “a murdering bitch” , “Satan” and “the Devil”. She claims gardai told her that her child would be taken away, that her husband was having an affair, that she would “do seven years in jail” and that she was “going to get stabbed”. A named garda told her that when this happened, he would spit on her grave, she says.
By Sandra Mara.
From ‘Magill’ Annual 2002.

According to a statement made by Roisin McConnell, she was then driven towards Letterkenny and, on the journey, she claims that “Garda ‘A’ (a named garda) started to roar in my face that ‘it was a vicious murder’ and ‘it was animals done it’ .” She said – “When we arrived at Letterkenny Garda Station I got out of the car and Garda ‘A’ asked me if I believed in God and I said I did.” Mrs McConnell says that at the station, she was taken to an interview room by Garda ‘A’ and another named garda.

She claims that after an hour , Garda ‘A’ wrote out a statement detailing her whereabouts on the night Richie Barron died. Following this, McConnell’s solicitor was allowed a visit and in her presence he asked Garda ‘A’ for a copy of both this unsigned statement and an earlier statement made by Roisin McConnell on the day Richie Barron was buried. Initially, Garda ‘A’ agreed to provide the solicitor with copies of the statements but following his return to the interview room he refused to do so, giving no reason, according to McConnell.

When her solicitor left , McConnell remained in the interview room with Garda ‘A’ and another named garda. In a statement later made to the Carty Inquiry , McConnell said – ” Garda ‘A’ then said to me ‘You are going to do seven years in jail if you don’t tell me what happened that night’. “ McConnell also stated that “…they also told me that my child would be taken off me and put into custody. He also told me that Frank McBrearty was sitting back and laughing at all of us that was arrested…..”(MORE LATER).

“And the radio said, ‘There’s another shot dead,
and he died with a gun in his hand….‘ “

On 6th February 1971, the British Army entered the New Lodge area of Belfast in County Antrim to ‘assert their authority’ by raiding houses and stopping and searching people in the streets. The residents defended themselves as best they could but it was not until (P)IRA operatives in that area challenged them that they stopped harassing the civilians. During one gunfight between the British Army and the (P)IRA, BA Gunner Robert Curtis (20), from 156 (Inkerman) Battery (94 Locating Regiment) of the British Royal Regiment of Artillery, was shot dead and four of his armed colleagues were wounded.

Billy Reid (32) of ‘C Company’, Third Battalion , Belfast Brigade (P)IRA , is reported to have shot and killed BA Gunner Curtis and was himself shot dead by the British Army on 15th May 1971.

The difference between both men , apart from their age, of course, is the objective they were fighting for : the foreign gunman (Curtis) was part of an unwanted occupying army in a country which, other than the political and military requirements of his superiors, he had no link to whereas the soldier who killed him , Billy Reid, was engaged in a battle to defend his community and his country. And although some of those that once supported the methods and objectives of that Irish soldier have now ‘engaged’ the enemy in a manner dictated (and favoured) by that enemy, there are, thankfully, others who continue their opposition to that unwanted presence. This blog has no time for the former -we have seen their type come and go (with a State pension) over the years- but we are firmly in support of the latter. Billy Reid’s objective remains to be fulfilled.

….THIS IS ALL THE TRADE UNIONS ARE DOING.

This whole country, north, south, east and west, should be brought to a standstill regularly by the trade union leadership in opposition to the cutbacks imposed on the workers and the unemployed by those in Leinster House and Stormont : holding street protests every so often is a welcome development but it’s not enough. As stated before, such protests, necessary as they are, are not in themselves enough and are used by the TU leadership as a means by which they can project themselves as ‘doing their bit’ and, in the process, secure their own cushy and overpaid positions. They have a history of leading their people up the hill only to march them back down again but they will, hopefully , only get away with that for so long. Hundreds of thousands of ordinary people are now having the ground – the ‘hill’ – pulled from under them by the savage cuts and extra taxes imposed on them by both Leinster House and Stormont and – again, hopefully – when they have no more ‘ground’ to give they will be forced to make a stand. With TU support or not.

Disastrous news for democracy and a killer-blow to freedom-loving people the world over : a true champion of the underclass, ‘Peacemaker’ Martin McAleese, has decided to revert to his role as a ‘shadow’ and give up his job (!) as a ‘senator’. He will receive a severance lump sum payment of just under €11,000 which his wife , Mary (pictured here – the ‘royal’ on the left. In picture only…) could barely manage to exist on – she is in receipt of a State pension of €13,562 a month (€3,390 a week) for the rest of her life , in payment for lighting candles in the window of a big house whilst ensconced in same as ‘First Citizen’ of this bankrupt wee Statelet.

Martin has decided to spend some time – possibly a year – in Rome, with his wife, because he feels “drained” after doing paperwork for a year-and-a-half. Poor man. Anyway – we doubt whether two such high-maintenance people will be able to get by on €3,390 a week between them (after the ‘lump sum’ is gone) and, with that in mind, we have set up this account through which you can contribute to the (continued) financial well-being of this deserving couple. They, in turn, will light a candle in a window in your honour……

YOU ALMOST HAVE TO BE IN THE ‘CLICK’ TO GET A TICKET ! 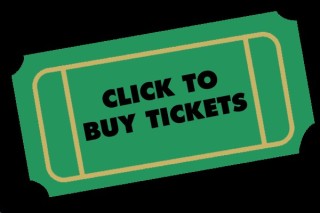 ….no, don’t bother : the ‘click’ doesn’t work and anyway there ARE no tickets left !

Another ‘Second Sunday’ Irish republican 650-ticket raffle looms this coming weekend (Sunday 10th) and the last 30 tickets for it were left with the floor manager in the hotel venue on Sunday 3rd, as requested by the man himself – having already sold his regular supply of 40 !

And he was decent enough to let us know that they are expecting a good crowd because of the sports fixtures taking place that day – Aston Villa are taking on West Ham and then Manchester United will be kicking balls at Everton and then all those teams and their fans will be playing against some outfits from Bord Na Mona in finals after which some lads from Mayo will be doing battle against a team from Tyrone , the winners of which will take on Kerry. Or maybe it was Dublin he said ? Something along those lines, anyway, but it means a packed house and the usual chaos for us !

So even if these matches are dodgy, you can rest assured that the raffle isn’t and,as always, we will post the results here as soon as we can and let you know what happened when Man U came up against Kerry in a Bord Na Mona field in Mayo. Or whatever……!

A mother of three (and a Granny!) and a political activist , living in Dublin , Ireland.
View all posts by 11sixtynine →
This entry was posted in History/Politics. and tagged Billy Reid, ICTU Austerity protests, Martin McAleese, Mary McAleese., Robert Curtis, SIPTU Austerity protests. Bookmark the permalink.