IN THE NAME OF INJUSTICE…… 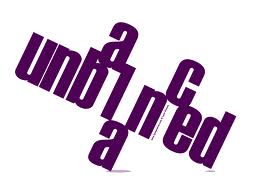 I was right to be wary : TV3’s ‘In the name of the Republic’ would have given an ‘outsider’ the impression that armed British soldiers and pro-British militia were in Ireland in the 1920’s to protect women and children from marauding gangs of wild IRA gunmen who were using the struggle for independence as a cover to settle old scores and/or to cover up their own military mistakes by executing those whom they deemed to be ‘deserving’ of it. There was no in-depth study of British Army or RIC activities , with the latter presented and portrayed as Irish men defending themselves from a war of attrition forced on them by other Irish men.

The programme was unbalanced and propagandist; the best thing about it was its theme tune. The second part of it will ‘examine'(/spin) IRA actions in the Cork area in the early 1920’s and, whilst I’ll watch it, I won’t be expecting anything different to that which was shown in the first episode. Except, of course, a change of scenery. The sooner the better TV3 gets back to its roots – more ‘Tallafornia’ , please…..

A mother of three (and a Granny!) and a political activist , living in Dublin , Ireland.
View all posts by 11sixtynine →
This entry was posted in History/Politics. and tagged In the Name of the Republic, TV3. Bookmark the permalink.