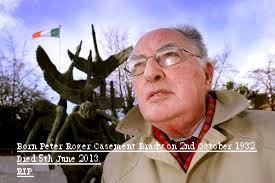 Irish Republicanism lost a Founding Father today , Wednesday , 5th June 2013. I knew the man very well for the last two decades and , as with his comrade Dáithí Ó Conaill , I had the highest regard for him. My deepest sympathy to his family and to his political family.

Ruairí’s principles shine through in these two articles and the light he leaves behind will continue to shine on the true Irish Republican path ; it’s not the smooth journey that others prefer but it’s a path which guarantees that the destination will be reached. And we will remember Ruairí and his comrade Dáithí , amongst others, when we get there.

A mother of three and a political activist , living in Dublin , Ireland.
View all posts by 11sixtynine →
This entry was posted in History/Politics. and tagged Death of Ruairí Ó Brádaigh 5th June 2013.. Bookmark the permalink.